I’ve missed a few RANdom Tuesdays due to life and other madness getting in the way of my randomness and running recaps. The week following Gasparilla Distance Classic, two of my three kids came down with strep throat. Somehow, Little Lion Man and I managed to escape it, but playing nursemaid really put a damper on my training runs. Then, Allan went out of town and flying solo made it difficult find time to run. I tried to squeeze in a few miles after dropping the kids off from school but it made for a very long, hectic schedule and I was exhausted. I decided to appreciate all the running I did over the past month and embrace the forced rest.

In lieu of weekly speedwork (Track Tuesday) I’ve been doing a lot of “hill” training to prepare for the SOLD OUT Sarasota Half Marathon. The first half of the course has this intense, long sloping causeway and we run that big bad bridge TWICE before we even hit 6 miles. The remainder of the course is a gorgeous flat, fast paced with lots of spectators. It’s such a fun local race! And medal is pretty awesome, too! 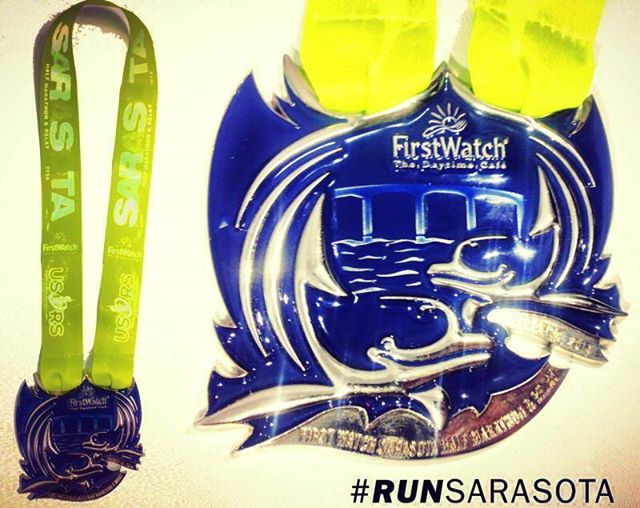 The Sarasota Half Marathon will be my first race to qualify for Digital Running’s Time of the Season Series Challenge.  To qualify for this challenge, I need to run at least one race (anything from 5K to marathon) every month from March 2014 to February 2015. The medal for this challenge is so crazy cool too with four interlocking pieces to form one super season medal! Once I complete the March, April and May portion of the challenge, I’ll earn the Spring Dawn . 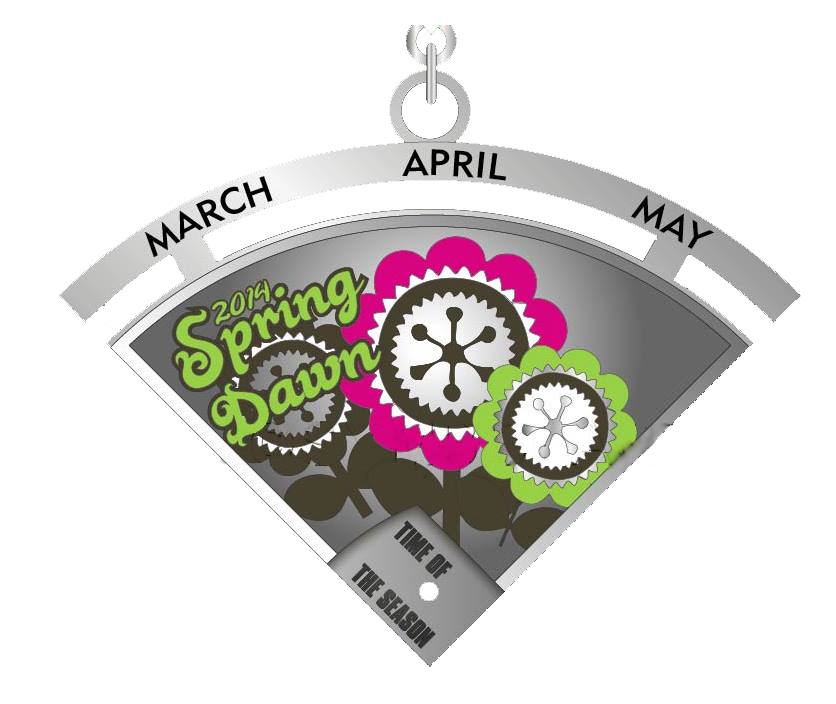 Then, after finishing the months of June, July and August, I’ll earn Summer Day. The Autumn Twilight will follow in September, October and November. And for braving those cold Florida races in December, January and February, I’ll earn the Winter’s Night. The fifth piece to connect them all together will be sent to me once I complete all four components. The final medal will be revealed very soon. 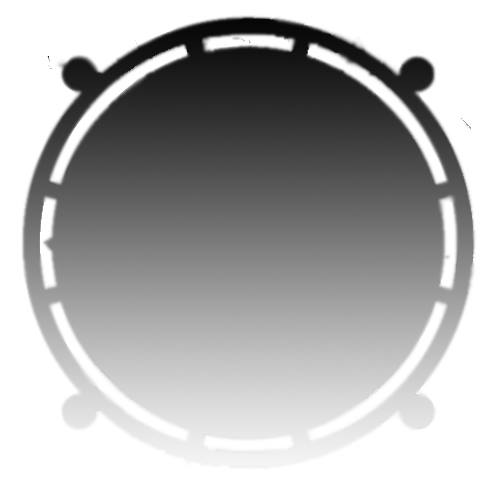 Isn’t that so cool?  If you want to join me in Digital Running’s Time of the Season Series, complete a profile and register here.

Last week, Claudia met me at the Upper Tampa Bay Trail for a hill run. 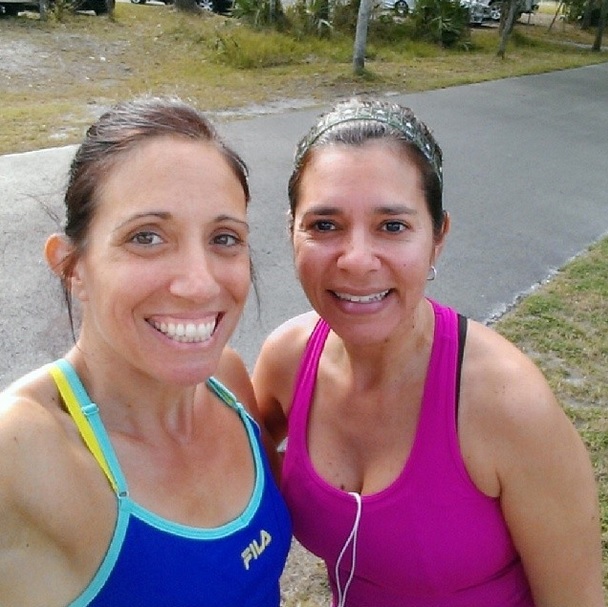 This week, Tracy and Becky met me with their kids on bikes along for the ride. It’s such a gorgeous trail and the weather was perfect. I truly enjoyed the company and the push from these amazing runners. 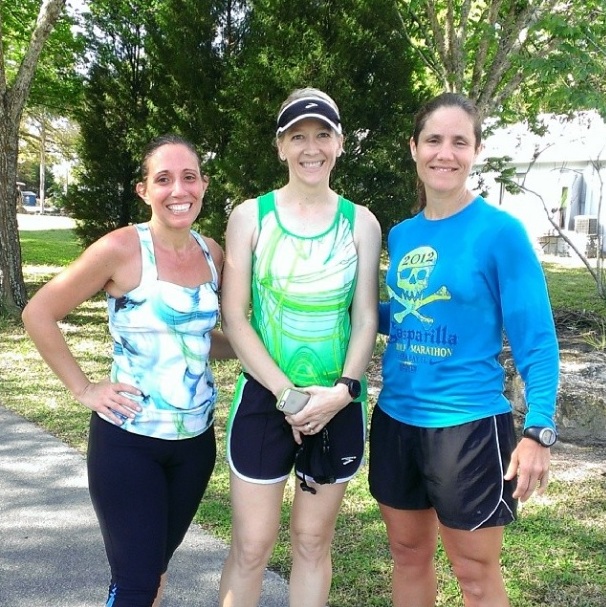 Since I will be participating in Iron Girl Clearwater in April, the “hill” training will continue at least for the next few weeks because there are two bridges on that course: Clearwater Memorial and Sand Key Causeway. Once past Iron Girl Half Marathon, I’d like to start running sprints again through spring and summer. 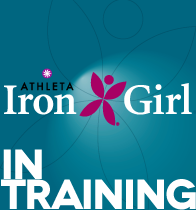 This week, I will be adding cycling into the cross-training mix because my first triathlon is the Dunedin Tri in June, but triathlons do not count towards the Time of the Season Series Challenge. So, I’ll have to work in another race in June to meet the criteria for that challenge.

Another race that doesn’t qualify for the Time of the Season Series is the Electrodash 5K, but I couldn’t resist running the race with my kids. They are seriously going to love running through a dance party. It will make our spring break end on a glowing note for sure!

If you want to run the Electrodash 5K on March 21 with me and my girls, I’m giving away two entries! Just leave a comment below telling me your team name. One winner will be randomly selected on Friday, March 14. 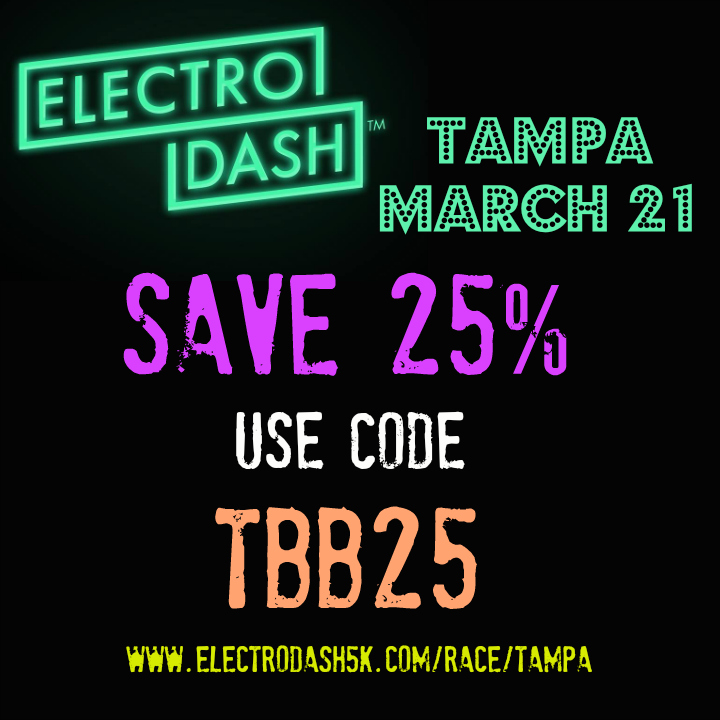