Once again, I went into a race more concerned about my looks than my performance. And once again, I showed up to the Lutz Independence Day Run in full stunner apparel wearing my red, white and blue tutu and a new Firecracker shirt I bought from one of the vendors at Iron Girl. 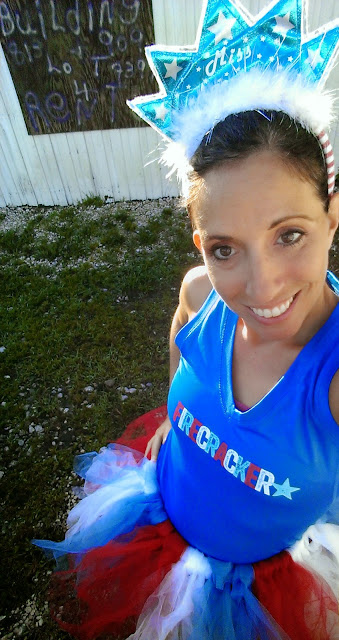 My personal life has been so hectic with trying to entertain the kids while they’re home for summer break. I’ve not been eating right or sleep well or even hydrating properly and that all makes for a bad combination whether you’re running a 5K or a marathon. Therefore for this hot, humid Fourth of July race, I had no intentions to PR. I just hoped to finish under 30 minutes.

My kids decided to pass on this race and I can’t say blamed them. It was crazy hot. 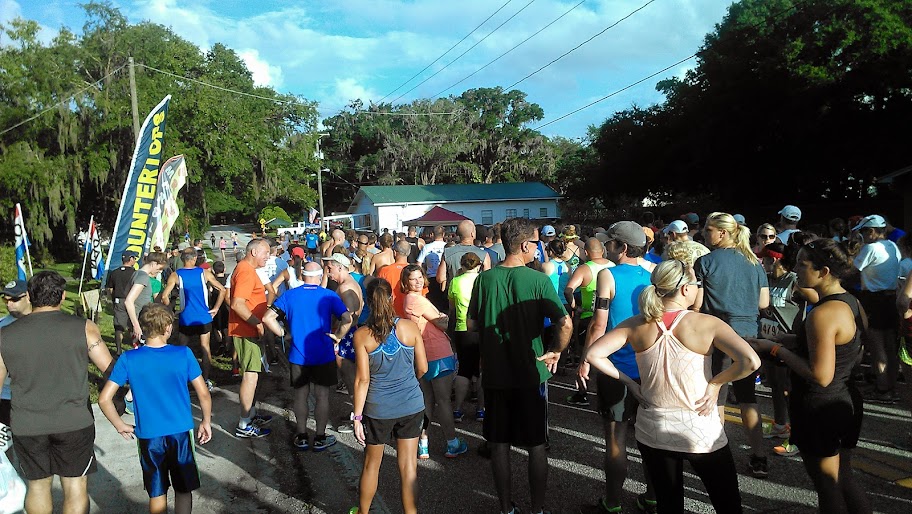 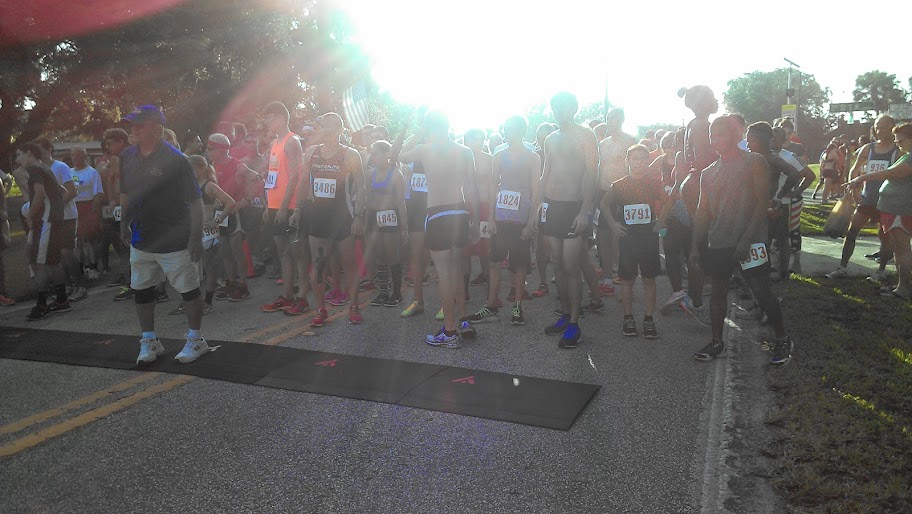 I bumped into Daffodil outside packet pickup and we headed to the start line. 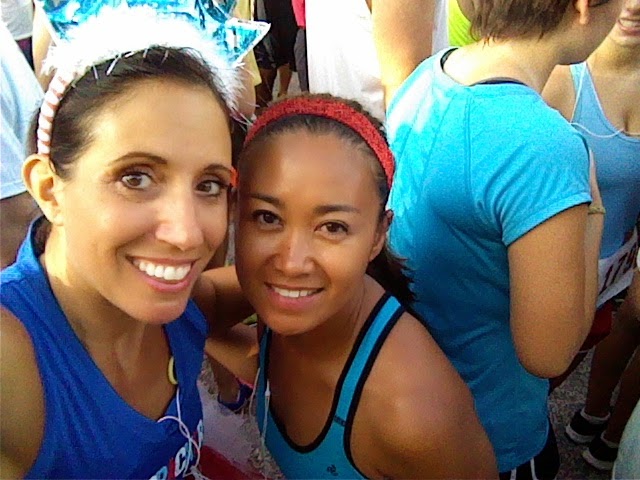 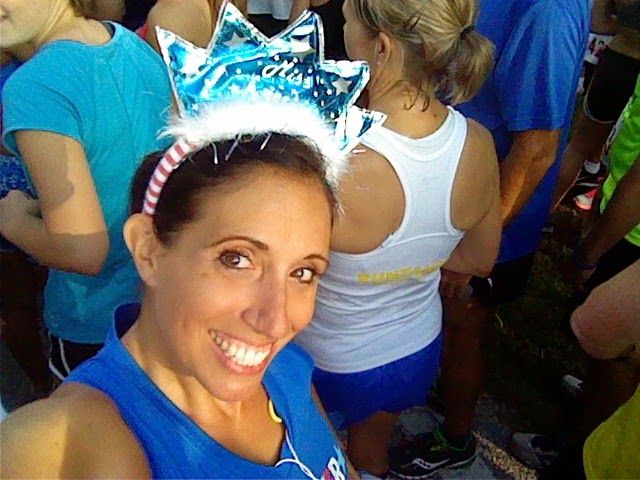 I took a few selfies and some older gentlemen teased me. “Can we be in the selfie?” 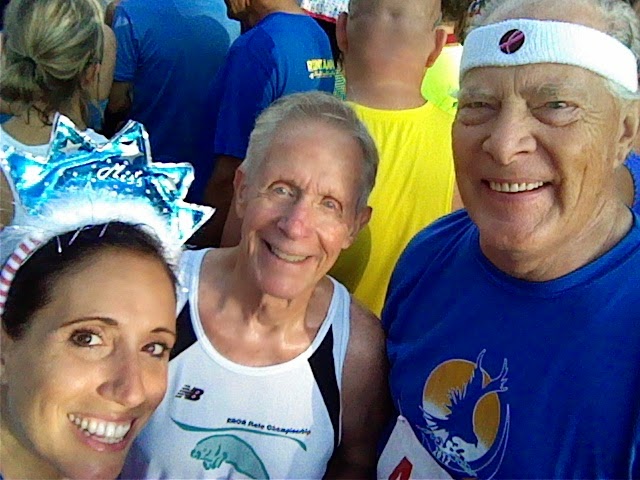 Sadly, no one sang the National Anthem to start the race. Only a faded foghorn sounded the official start and we were off. 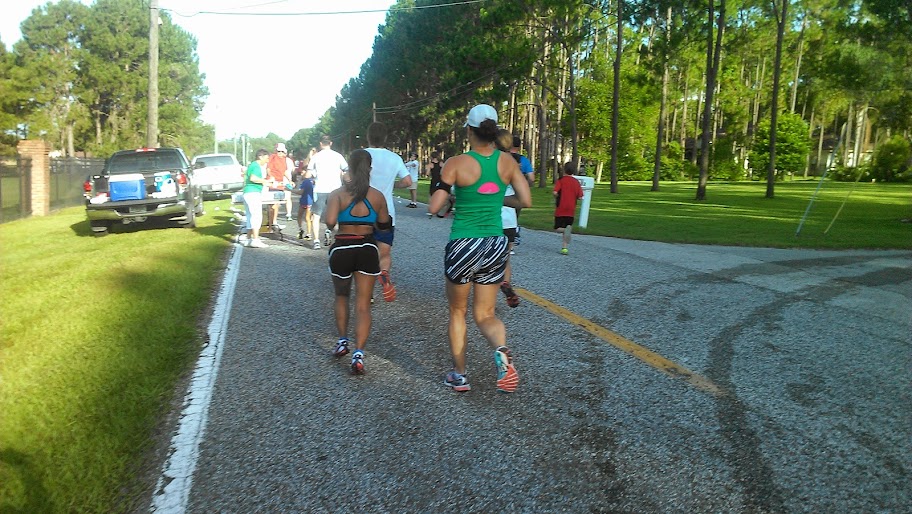 Daffodil and I paced together for about the first mile until we reached the first water station.  At that point, I needed to walk and catch my breath. The heat and humidity was really getting to me. I grabbed two cups of water and watched Daffodil set off while I walked a bit longer.

For races like this in the heat, I should really carry my hand-held Nathan. Relying on water stations when I am so dehydrated is a recipe for disaster. 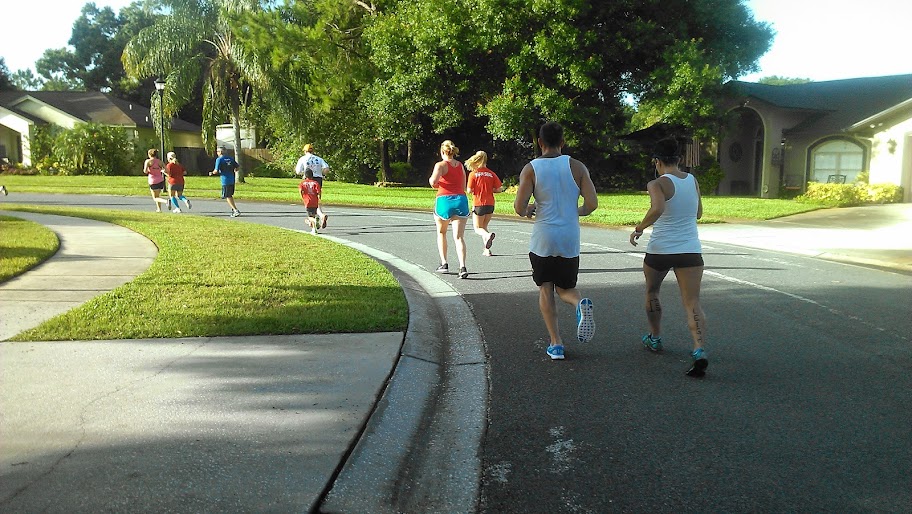 The course followed the same residential road it follows every year. Only this year, none of the residents or spectators ran sprinklers for the runners.  I missed that mist. Catching a small sprinkle from a hose works wonders for me during a hot, humid 5K, but not this year. This year, I trotted along wishing for just a drop of water. 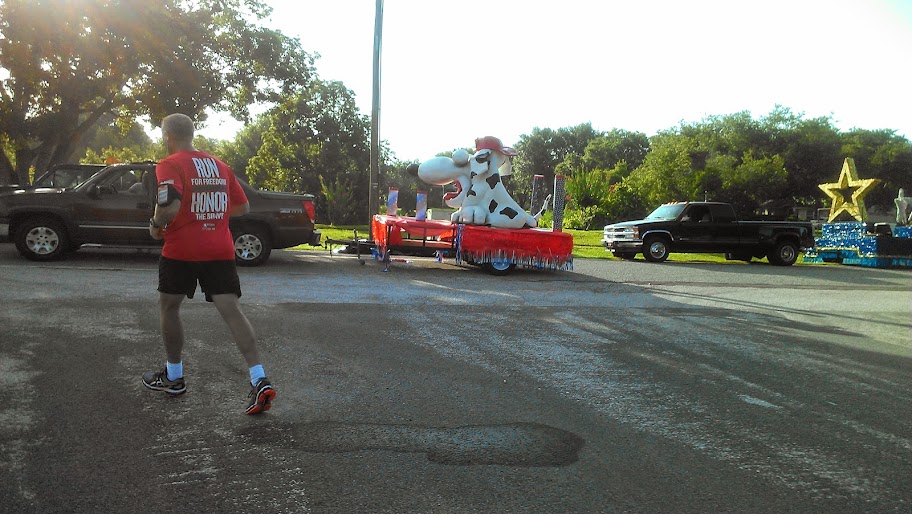 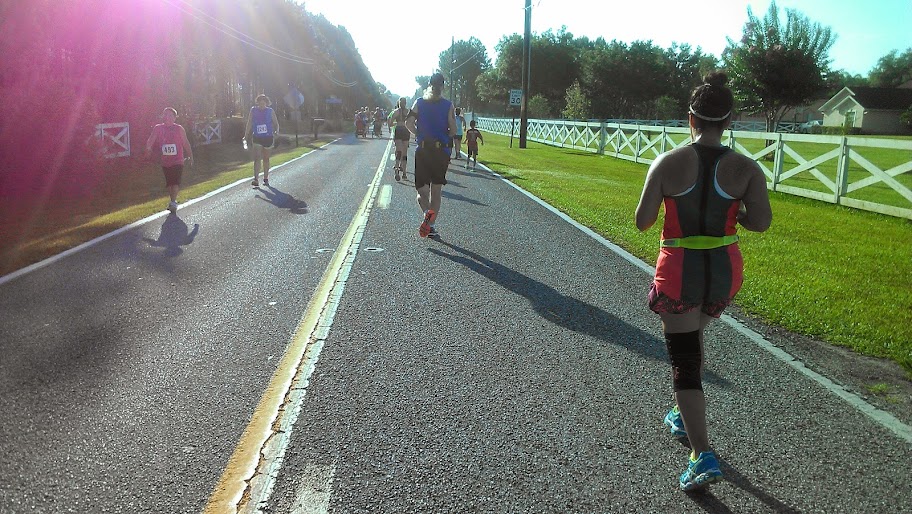 Hot and bothered and wanting to be done, I struggled with the next mile but promised myself not to walk until I reached the water station. Once I came upon the oasis, I grabbed three cups of water. I dumped one on my head and gulped down the other two. 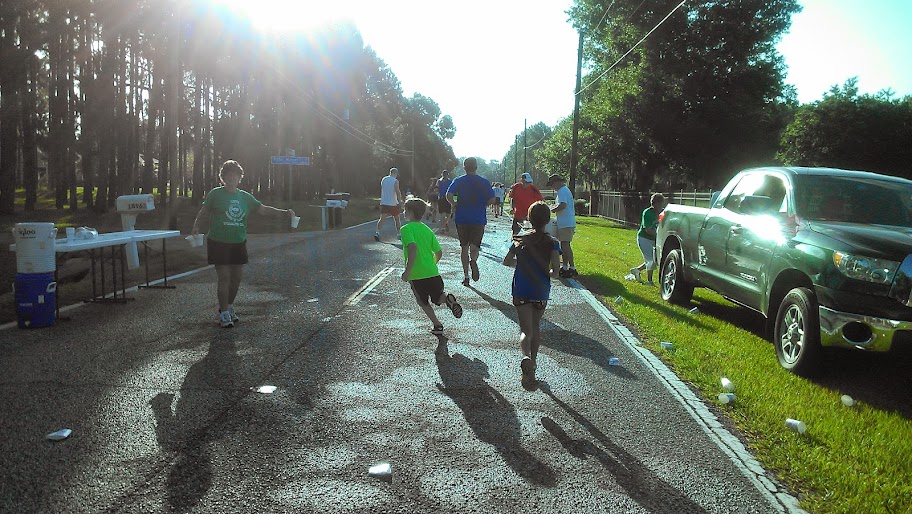 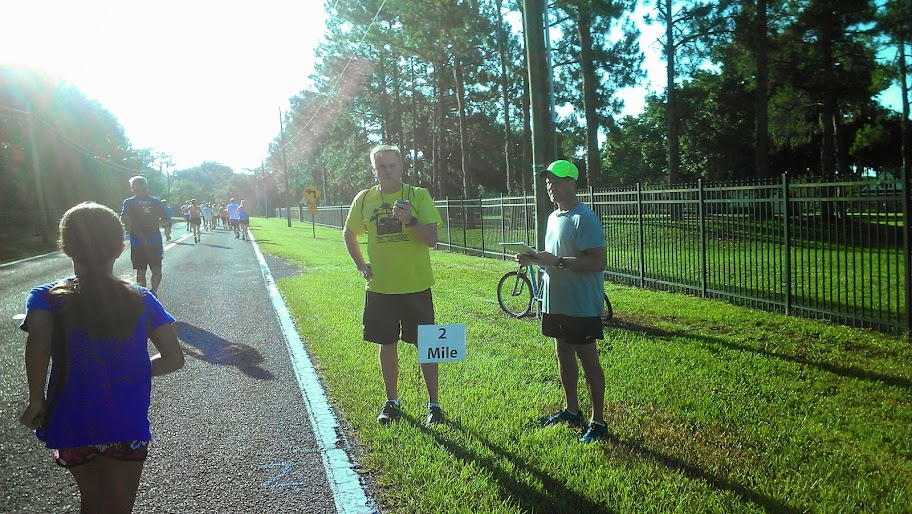 Feeling a bit refreshed, I tried to get my pace back, but it wasn’t happening. I was really struggling. Then, I caught a whiff of something and it gagged me.  Over in the distance, I caught a truck spraying the field with some kind of chemical which choked me. Great.  Now, I was struggling to run and breath. With less than a mile to go, I coughed it out and tried to get my head back in the run. 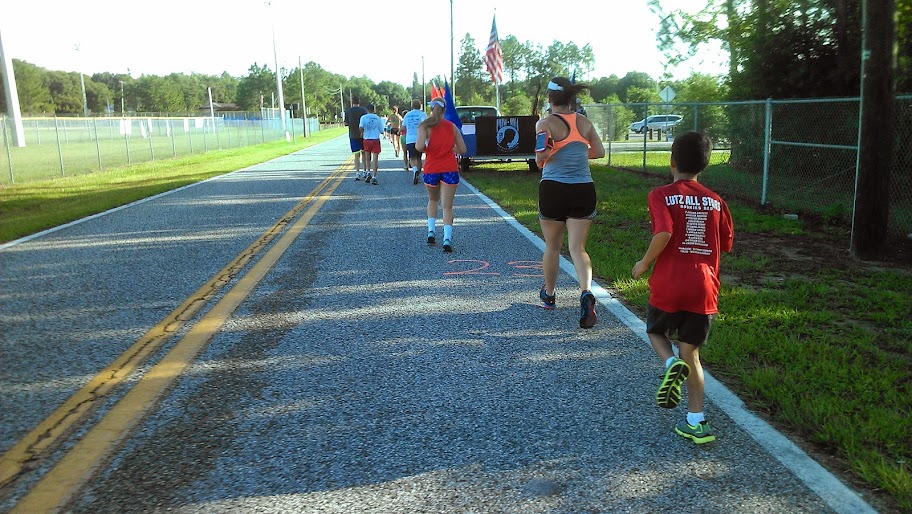 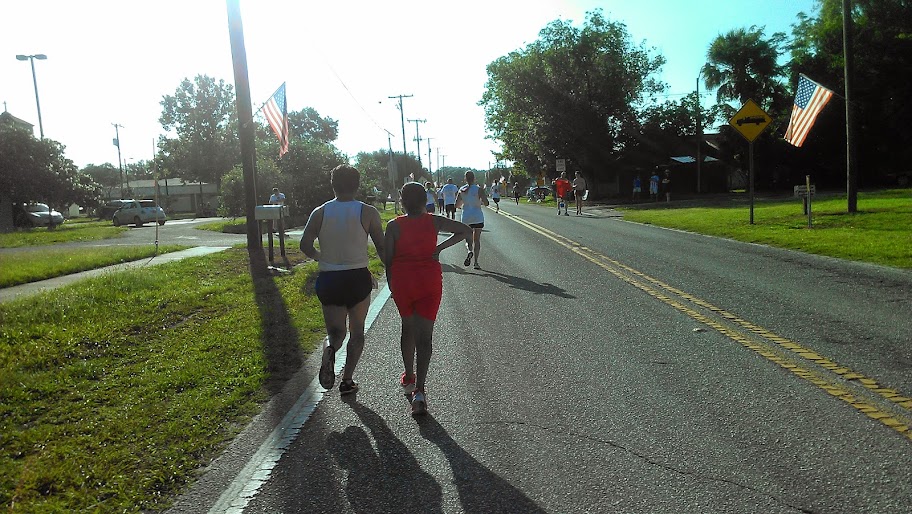 As I turned the final corner, I captured a few final photos and then I spotted Marcia and Patrick cheering for their favorite Striders. Of course, there was no cheering when she saw me snapping pictures, rather she scolded me. “I see you snapping!” 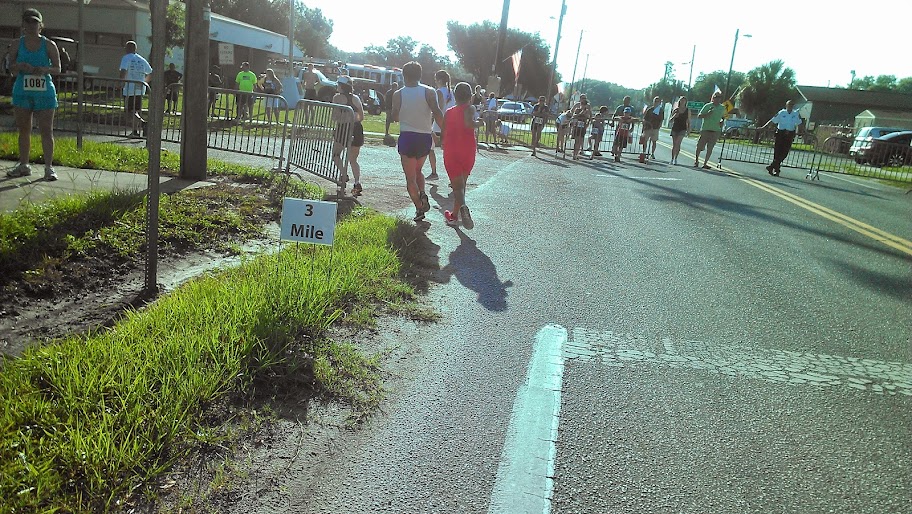 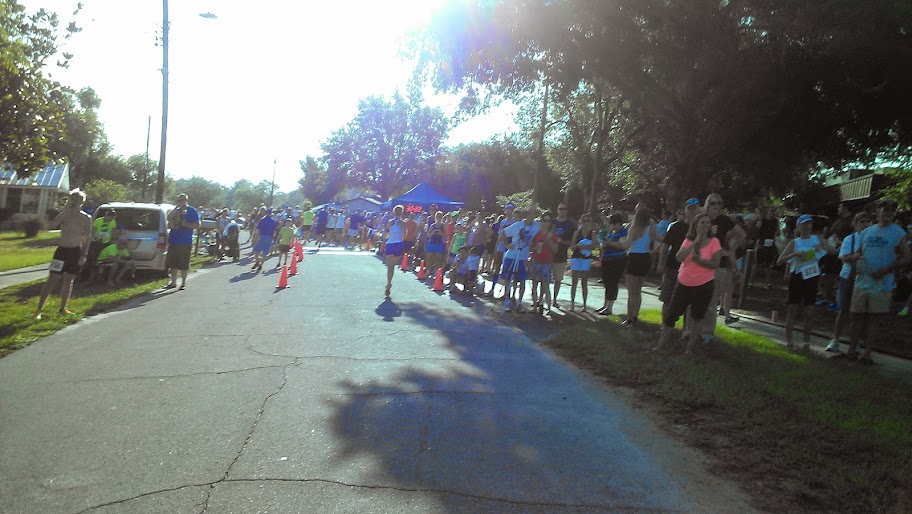 As Marcia shook her finger at me, I sprinted to the finish line and I came *this* close to top ten.

Only a handful of the Striders ran the Lutz Independence Day Run, but we represented, especially Jolene who placed first in her age group and Daffodil who walked-ran her way to an under 30 finish time. 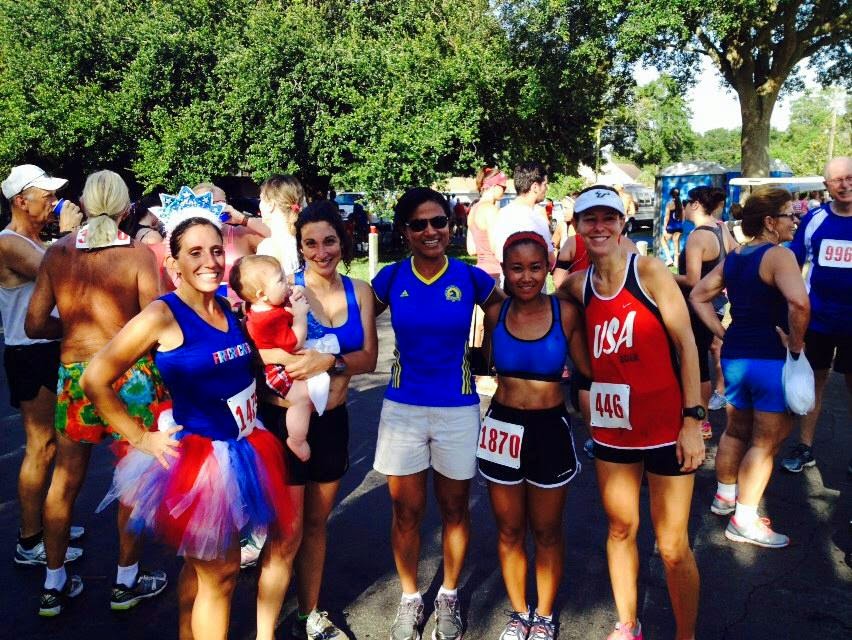 After the race, I stayed for the post-race raising of the flag and to chat with Uncle Sam on stilts. 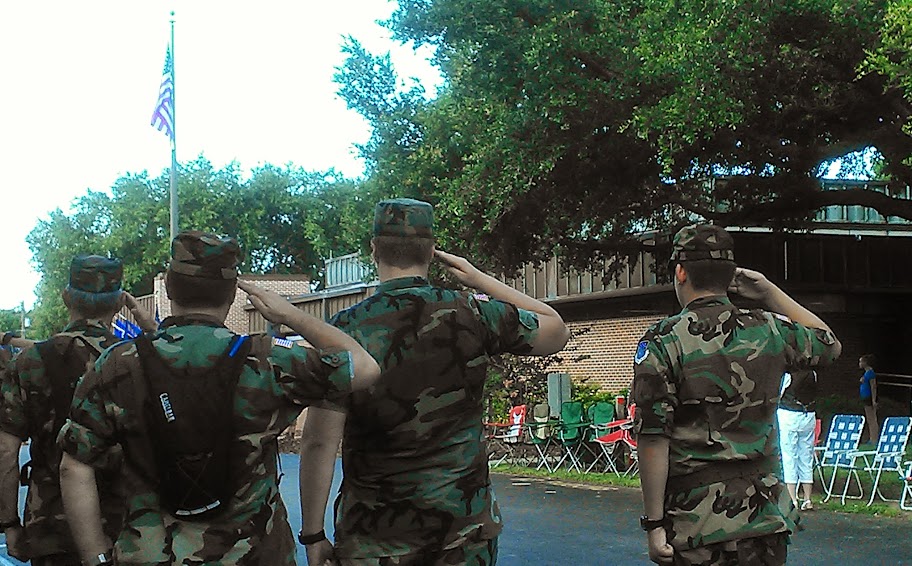 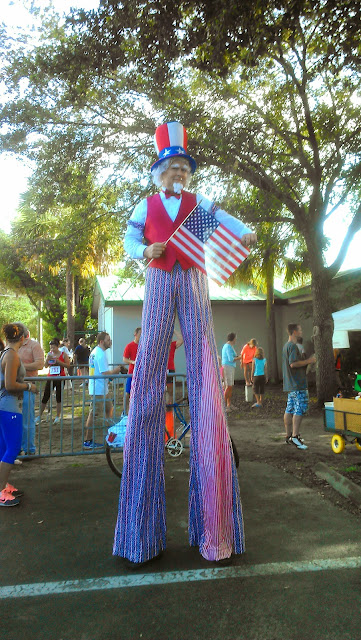 But honestly in my opinion, nothing says “America” like red Solo cups and a red, white and blue tutu. 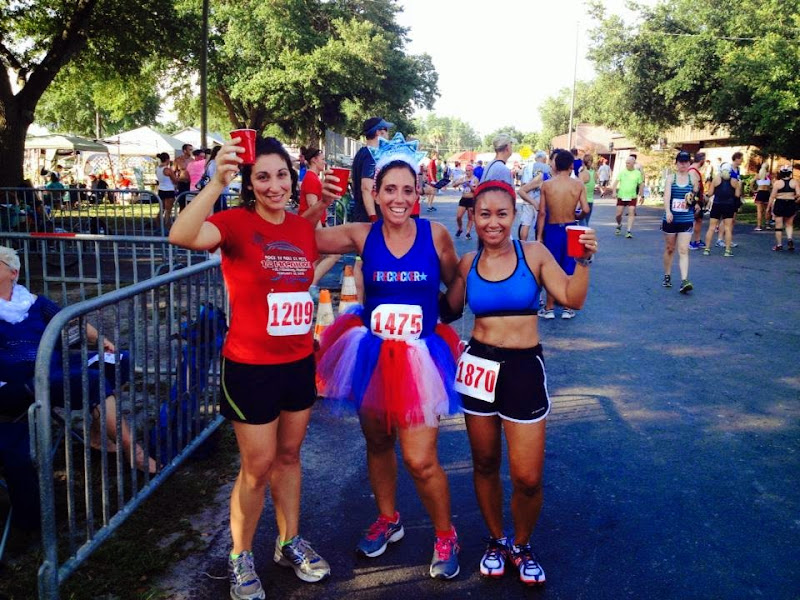