Disclosure: Food insecurity in the United States is a real problem with real faces. I have been compensated to share my thoughts about the #WeSparkChange Walmart Campaign to help combat hunger in America during its most critical time of year.

One in six people in American struggle with food insecurities. 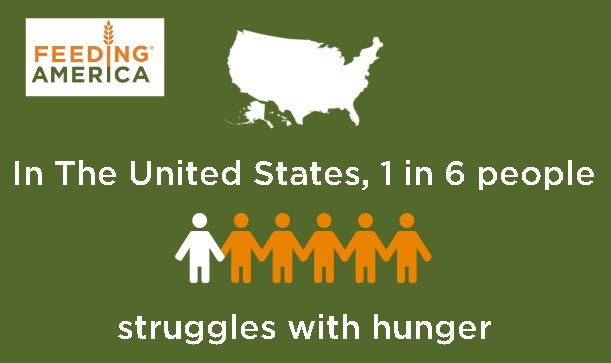 As familiar as I am with those statics, it still blows my mind to read it. One in six people face hunger every day in the U.S., the richest and most powerful country in the Western Hemisphere.

However, as knowledgeable as I am about food insecurity statistics, it still surprised me to learn that during this time of year many food banks face a critical “spring hunger food gap” where food supply is often at its lowest. Feeding America data reports that “many food banks experience a decline in food donations during the first quarter of the year, leaving food inventory at a low point at the start of each spring.”

Given that knowledge, Walmart created a campaign enlisting the assistance of its suppliers (Campbell’s, ConAgra Foods, General Mills, Kellogg Company, Kraft, and Unilever), its millions of weekly customers and the general public to join in the fight against hunger in the hopes to “spark change” in their local communities.

From now until May 3, there are three simple ways to participate Walmart’s #WeSparkChange campaign. 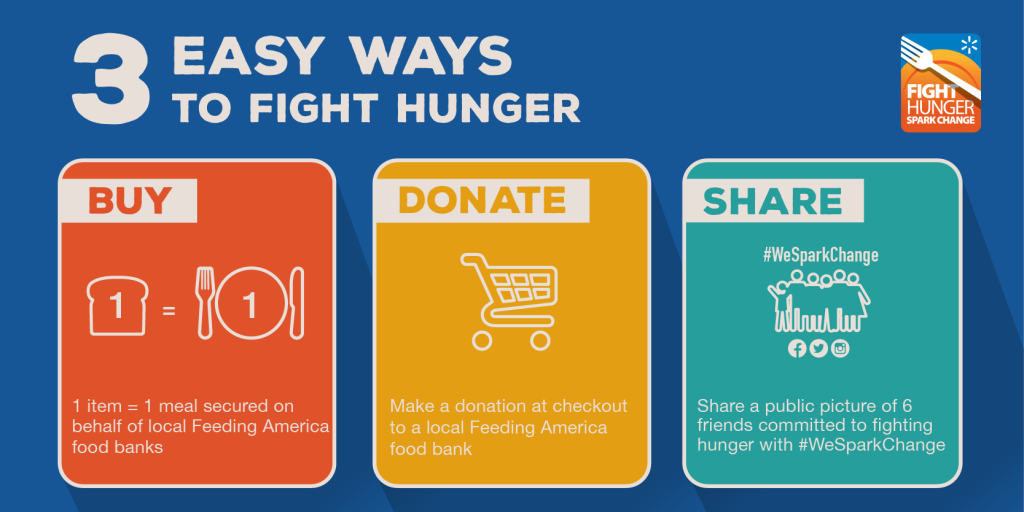 When Walmart customers purchase one of 240 participating products in Walmart stores nationwide, a donation will be generated by the product supplier. For every participating item purchased, a meal will be secured for the local Feeding America food bank. 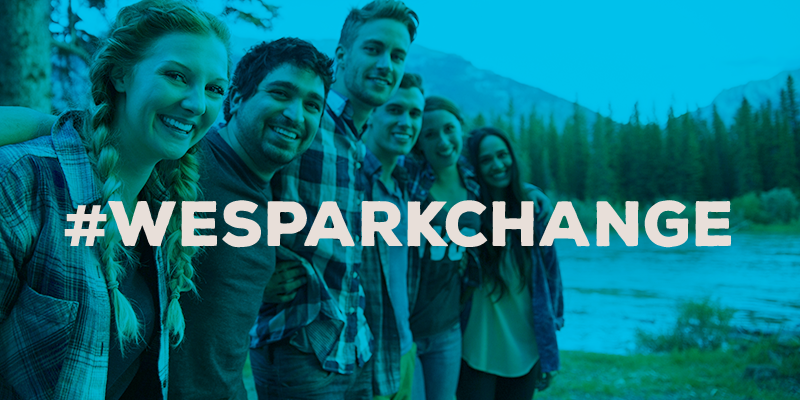 For every public social media share with hashtag #WeSparkChange, Walmart will donate $10 (up to a maximum donation of $1.5 million) to Feeding America and its member food banks. 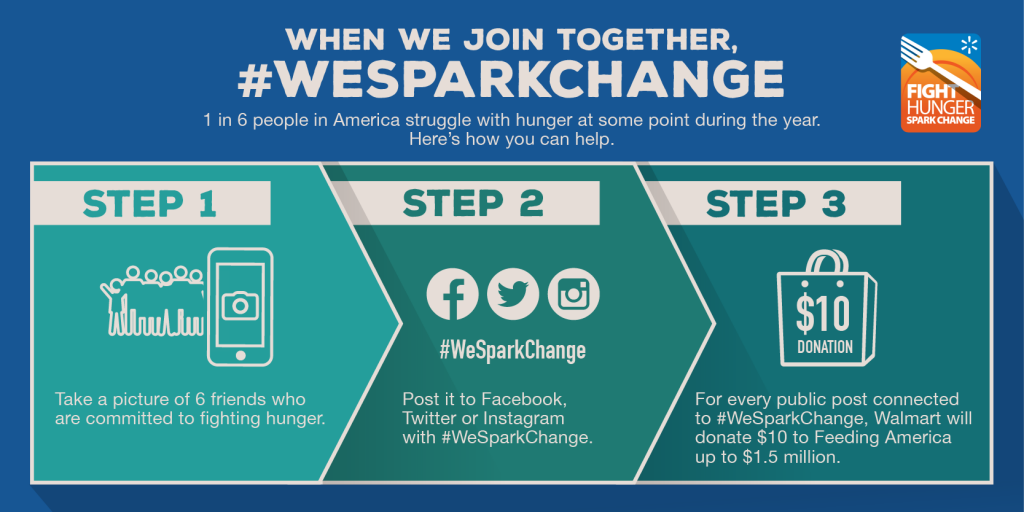 It’s that simple. Three completely doable steps to make an impact including a big social media push to help feed America’s hungry. Yet, it’s one big step towards Walmart’s larger commitment to provide meals to those in need, helping ensure every family has access to affordable, nutritious and sustainably grown food.

As the nation’s largest grocer, Walmart is in a unique leadership position to help impact the issue of hunger in the United States. Last year, Walmart announced a commitment to create a more sustainable food system, with a focus on improving the affordability of food by lowering the “true cost” of food for both customers and the environment, increasing access to food, making healthier eating easier, and improving the safety and transparency of the food chain. This commitment includes a goal of providing four billion meals to those in need in the U.S. over the next five years.

And it starts when #WeSparkChange and hold Walmart accountable to its commitment to our communities and the hungry in America.

To learn more about Walmart #WeSparkChange campaign, its commitment or more ways you can make a difference in your community, make, visit walmart.com/fighthunger.