As you know, I’ve been on the hunt for new Meatless Monday dishes.  I’m also trying to eat less carbs.  With my pasta and a love for all things potato, that is really hard to do.  I’ve managed to give up bread and have been two weeks pasta free, but I can’t seem to give up potatoes (or pizza) yet.

I know I should make a transition from starchy white potatoes to healthy, rich in vitamins sweet potatoes, but it hasn’t happened yet.  I’ll get there and I’ll make my family hop on board the sweet potato bandwagon eventually. In the meantime, in my hunt for Meatless Monday dishes, I found this yummy Lentil Shepherd’s Pie with Rustic Parsnip Crust from Forks Over Knives.

Now, my husband, having grown up in Northern Yorkshire, ate more of his share of shepherd’s pie and he is not a fan of the “mushy tasteless mess” as he calls it.  However, in my Hispanic-Italian family, we never ate Shepherd’s Pie.  We grew up on pasta, which may explain my adoration for pasta.  So, when I tasted Shepherd’s Pie for the first time, I loved it.

Though I’m not sure if my kids would eat a traditional meaty mushy mess of Shepherd’s Pie, I knew they would love this meatless version.  We often eat lentils and like me, my children love every variety of potato.

Iron Chef Iron and I tweeked the original recipe a bit to produce our version of a Vegan Lentil Shepherd’s Pie with Parsnip-Potato Crust, because that’s what we do.  If you’ve followed my Friday Food Fight for a while, you know that crushed red pepper flakes are a staple ingredient in most of our dishes. We also thought that the dish needed a bit more acid such as balsamic vinegar (or like a good Brit, HP Sauce or Worcestershire sauce) for a more robust flavor.

If you’re trying to give up potatoes, you could easily substitute the parsnips and potatoes with sweet potatoes.   And if you’re on a gluten-free diet, our Vegan Lentil Shepherd’s Pie with Parsnip-Potato Crust passes the test. 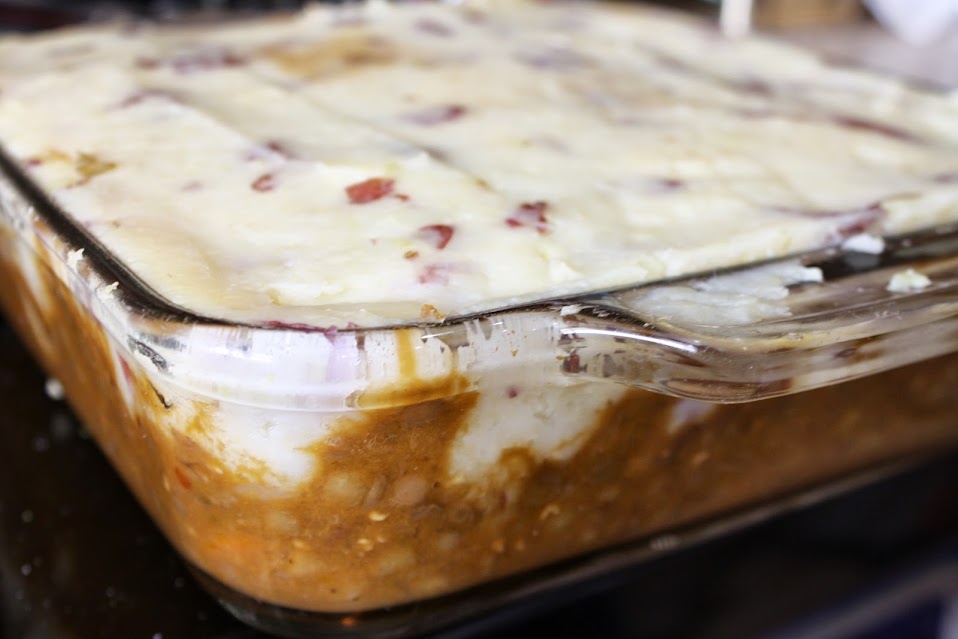 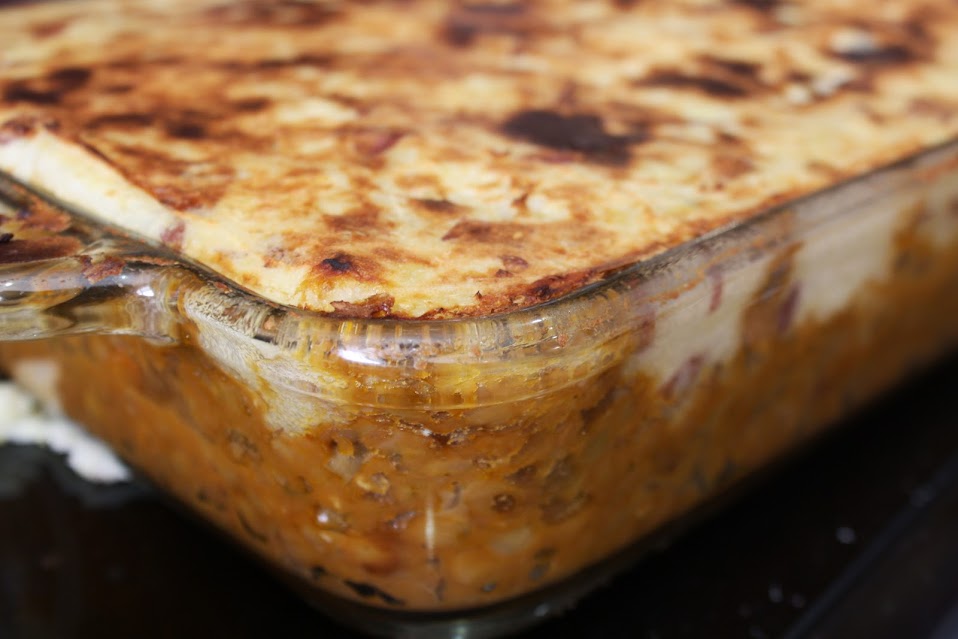 Iron Chef Allan and I really enjoyed our version of a Vegan Lentil Shepherd’s Pie with Parsnip-Potato Crust.  Even the kids loved it!  So, we have another crowd pleasing Meatless Monday dish in the rotation!  However, if you don’t have a crowd, the leftovers freeze and reheat nicely.