I’ve spent the past two days recovering from Spring Break which has been mostly spent sweeping and tidying away the fallout from Easter and Spring Break.  It’s amazing how dirty and unkempt my house looks even though we spent so little time in it over the past week.

I’ve been so busy trying to play catch-up to my housework that I didn’t even blog yesterday for Music Monday.  Gasp!  I had a post in my head complete with photographs showing all our fun in the sun which I was going to link up at Kristi’s Leap into Spring! Photo Challenge at Live and Love Out Loud.  However, time just escaped me while one Little Lion Man wouldn’t leave me side, so I couldn’t swing it.  Maybe I’ll work on it for Wordless Wednesday, minus sunny day song.

We’re on day 10 for the 30 Day Burpee Challenge, which means we’ve moved hit double digits.  Truth be told, ten burpees about did me in today.  I am so out of shape, which why I need to do burpees.  It’s a vicious cycle.

Have I ever mentioned that I assist with my kids’ running club after school?  Every Tuesday, I run about 3 miles with my stroller and close to 50 kids.  Besides spending quality running time with my girls, it’s all part of my evening training plan to help me train for upcoming evening races in warmer weather.  And you thought I was trying to be a good mom!  Nope.  I’m just trying to be a better mother summer runner. I officially registered for my first summer race: Oldsmar 5K (formerly the Oldsmar Taphouse Run) in June.  Even though it’s hotter than hell, this is one of my favorite races.  I love the flat course and its beautiful view of the bay.  It’s not chipped, but the first 50 finishers get “Das Boot” and since that will never be me holding Das Boot, I’m just going to have fun with it and get my drink on after the race.  I get to do my thing, taking photos running happy and snappy as usual and I’ll have a beer or two or three when it’s all finished.  Did I mention that there is free beer for all runners at the finish?

unfortunately didn’t have the chance to break them in before the race.  In other words, I wore brand-spanking new shoes for a race, which incidentally was 5K trail run.  I had no idea it was a trail run!  So not only was a panicking about not running for over a week due to plantar fasciitis, I began panicking because I hadn’t trained for a trail.  And on top of it all, I worried that I would dirty my pretty new white shoes.  Such a girl!  I’ll tell you more about the race in another post. 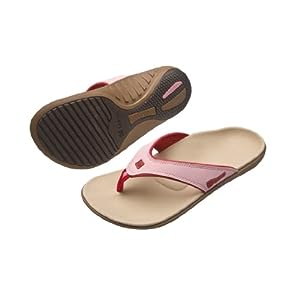 Speaking of shoes, our new pup chewed through my pink Spenco flip-flops.  Son of…!  They were about a year old anyway and I was long overdue for a new pair as they had lost some of the support in them, but still.  UGH!  Thank goodness it wasn’t my new Abeo shoes but I’ve been hiding those out of the dog’s reach.  Oh well.  Now, I have an excuse to buy a new pair.  Maybe I’ll go for the pink (honeysuckle) cork shoes?

Before I forget, WordPress is hosting a Automattic Worldwide WP 5k.  The WWWP5k is set for Sunday, April 29, but you can do your run/walk anytime from April 23rd-29th, which means you’ve got a week to fit it in.  If you’ve never done a 5K, the WWWP5K is the perfect no-pressure 5K, because like the Automattic gang put it so eloquently, “you can run, walk, or skip the 3.1 miles. It’s up to you. There’s no time limit and there’s just one requirement: that you participate! You can do it inside or outside, on a treadmill or on a track, or even do a swim or a bike ride instead of running/walking – just get moving!”

*Proudly submitted to Stacy Uncorked, because when I blog about my training, it’s usually pretty random.*