I first learned about my nut allergy when I became intolerant to walnuts. At first, the symptoms started with an itchy throat but it slowly became progressively worse, which meant I could no longer eat pecans as well.  Strangely, I could still eat almonds and peanut butter until recently.  A handful of raw almonds and a shmear of peanut butter on a banana were my go to snacks.

That all ended last November when I started to wheeze after eating almonds, peanuts and peanut butter and I also found myself suffering from a reoccurring respiratory infection.  Not sure if it was “something in the air” such as pollen or grass, I decided to omit those foods from my diet the whole month of December to gauge my symptoms.

It was totally the nuts. Damn.

Like most runners, I lived on those foods.  It was such a sad, depressing day when I realized I could no longer rely on those foods for protein and fuel.  I loved adding almond slivers to my salads. I love chowing down on some peanut butter and banana before a long run. I was a very sad mother runner, especially when these foods also aid in reducing my cholesterol.

Recently, I learned from my runner blogger friend, Jill, that sunflower seeds, chia seeds and pumpkin seeds are high in fiber, great sources of protein AND help lower cholesterol.  That was great news for a person longing for raw almonds!

After learning this news, I bought a bunch of seeds in bulk at Whole Foods Market and began adding seeds to my salads and eating handfuls as snacks.  I found them just as filling as almonds without the wheezing! YAY! I’m a happy mother runner again!

At least my diet was making me happy, because I didn’t get to run as much as I would have liked last week since I only ran once. I suppose the forced rest may have been a good thing since I had the Sarasota Half Marathon on Sunday. (That was a fun race again! Stay tuned for the recap tomorrow.)

My one and only run last week happened at the Upper Tampa Bay Trail on Tuesday with my friends Becky and Tracy while their kids rode their bikes. I met them both after Body Pump and my legs were killing me! Not only did Becky and Tracy give me the push I needed they also showed me a new-to-me 5 mile route with a bathroom and a water stop. Who knew?! 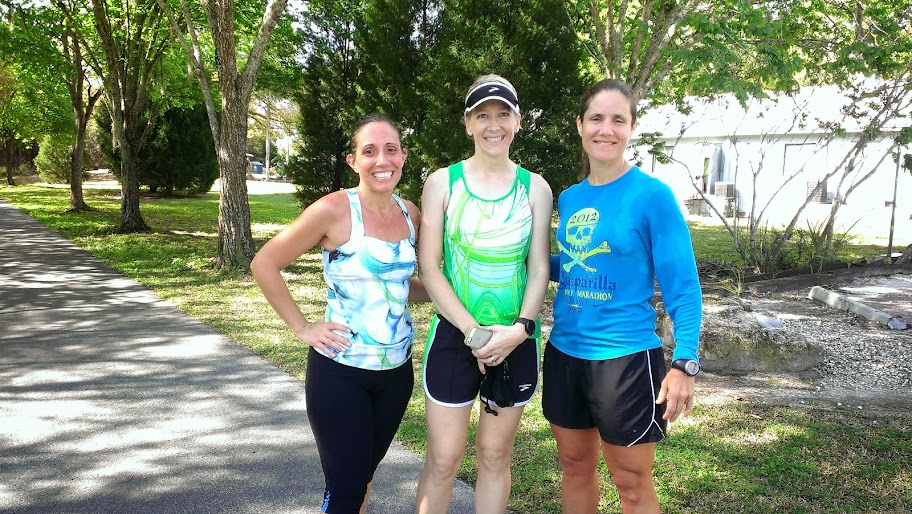 I really do love adding the bridges of the UTBT to my weekly runs. I feel myself becoming stronger every time. Next week, when the kids go back to school, I’d like to start adding speedwork back into my workouts.

Chrissy and I were supposed to ride our bikes on the trail last week, but thanks to some nasty rain, that never happened either.  Fortunately, I made it to the YMCA on Friday for some Body Pump.  At least I had some decent workouts even if I didn’t run as much.

Yesterday, I woke up to some very stiff legs after Sunday’s Sarasota Half Marathon.  I wanted to run an easy 3 miles to shake out the stiffness but the weather was so yucky and rainy again.  Since I couldn’t face a treadmill run, I decided to attend a spin class at the Y which helped so much.  At first, the “hills”, climbs and sprints killed me in the and I thought I would die from the Tabata intense interval workout, but after a while, my muscles loosened up just like I needed.  Maybe the green added to the luck of that? 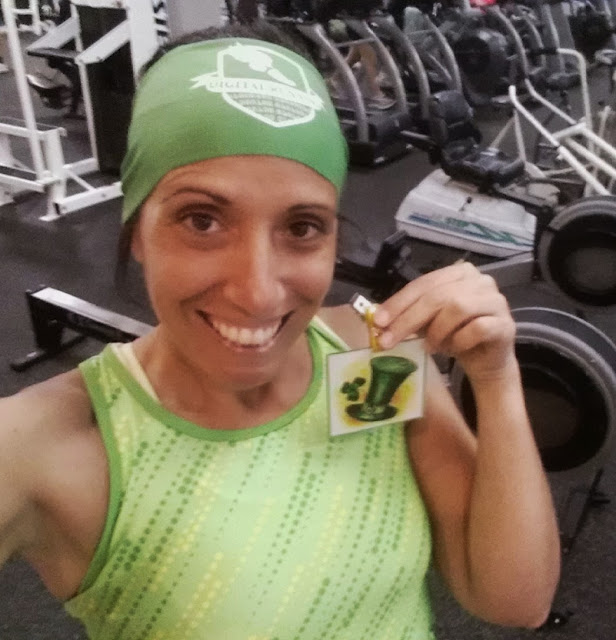 Today I wanted to run 4 miles to ease back into the running, however, I didn’t have enough to time due to an early morning canoe trip we planned with Chrissy and her family. Although I may not have run, I had quite the workout! My shoulders were sore after a five hour canoe trip down the Peace River. (More about that adventure another day!) 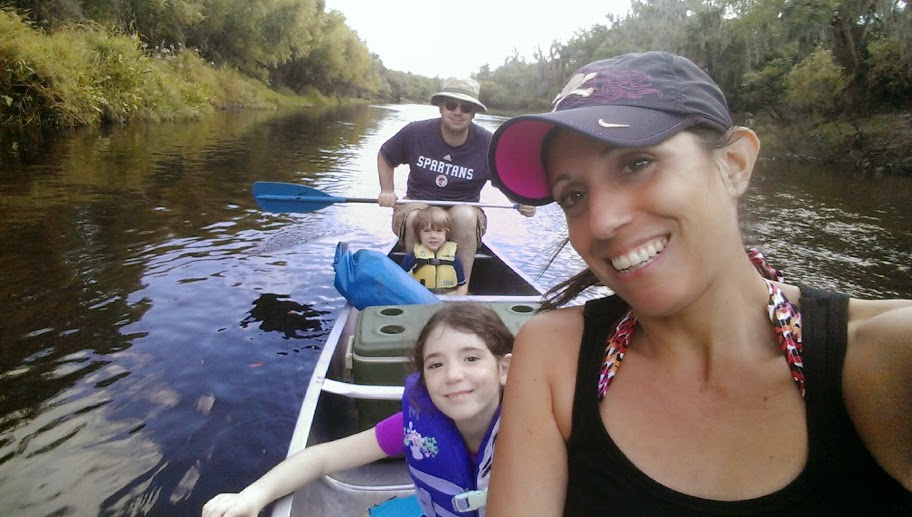 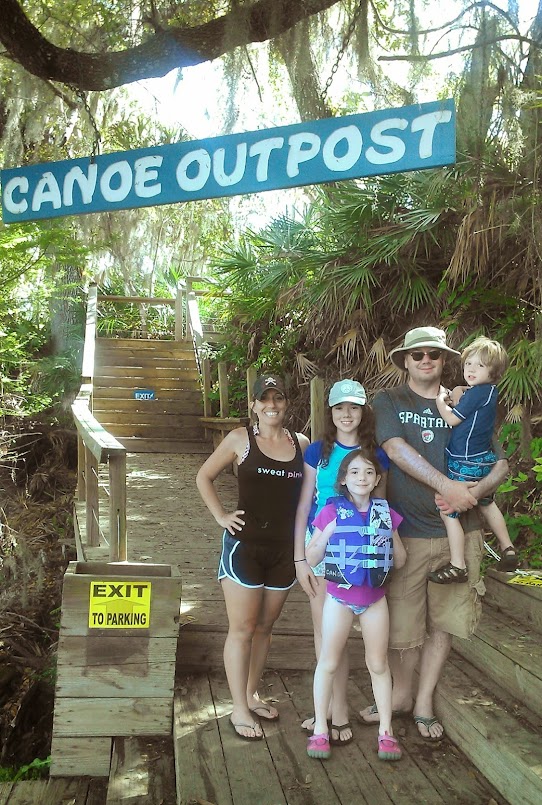 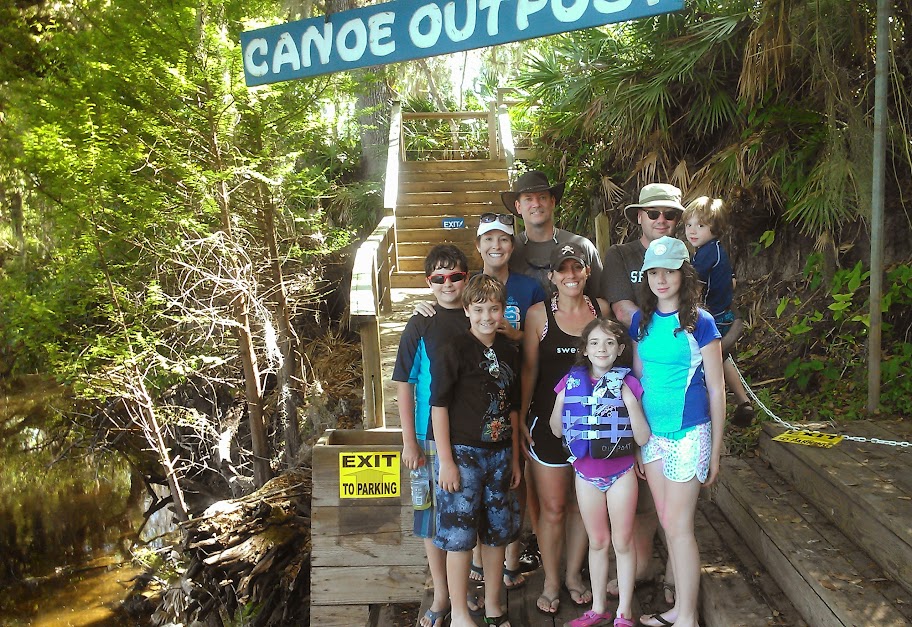 With the kids home this week, I need to be really creative and flexible with my workouts while still trying to fit them in. Such is the life of a mom on the run trying to balance it all while finding a happy pace.