Blogger Fit Foodie Confession: It’s been a while since I’ve shared a recipe. Or even shared a meal plan on my blog.

That’s why I was so grateful for a guest blog post and original recipe by the talented Susan of CooktheStone.com. Cook the Stone not only offers such great tips and how-to’s but also features great nutritional infographics such as this one for Super Foods.

Continuing in a theme of healthy foods and healthy recipes families will love, Susan serves up a delicious recipe for Soba Noodles with Teriyaki Chicken and Broccoli. Thank you, Susan!

Guest post and recipe by Susan of CooktheStone.com:
“The most favorite space at home for me is the kitchen. I can stay there for a whole day just cooking and baking for my family. I’m just a home cook want to share my cooking experience with you. Hope it is useful and inspiring. I will very happy to receive your encouragements. Happy cooking!” 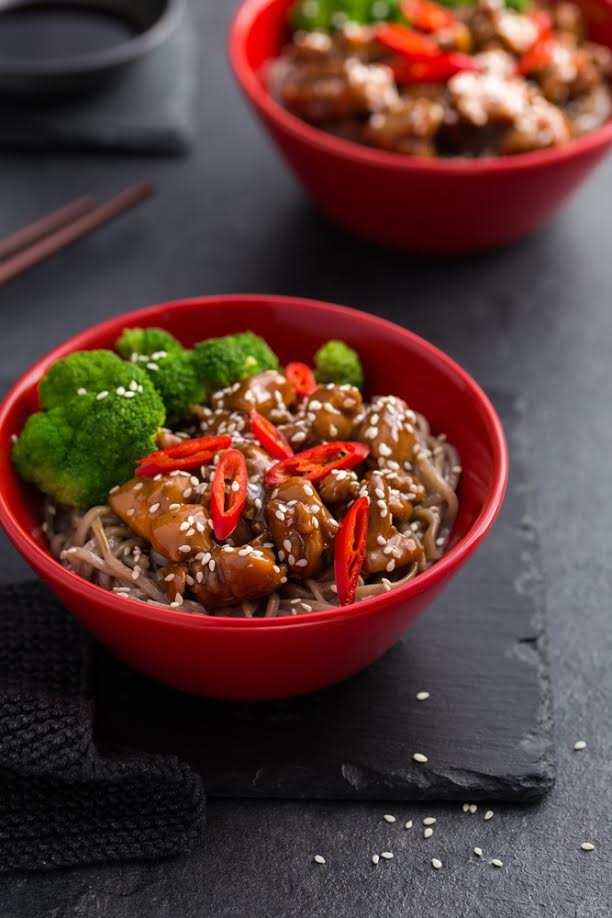 Soba noodles with teriyaki chicken and broccoli make for a delicious and nutritious dinner.

Do you love Japanese cuisine? I am not the biggest fan but I like their noodles. One noodle particularly stands out for me—soba. These are thin and curly noodles made from wheat. It’s delicious and healthy, just what most Japanese dishes are.

In this recipe that I am sharing, we’ll make soba noodles with teriyaki sauce. Throw in some chicken and broccoli and you’ll get a very nutritious and flavorful dish. It’s easy to prepare, too, as you would just need about an hour to complete it. 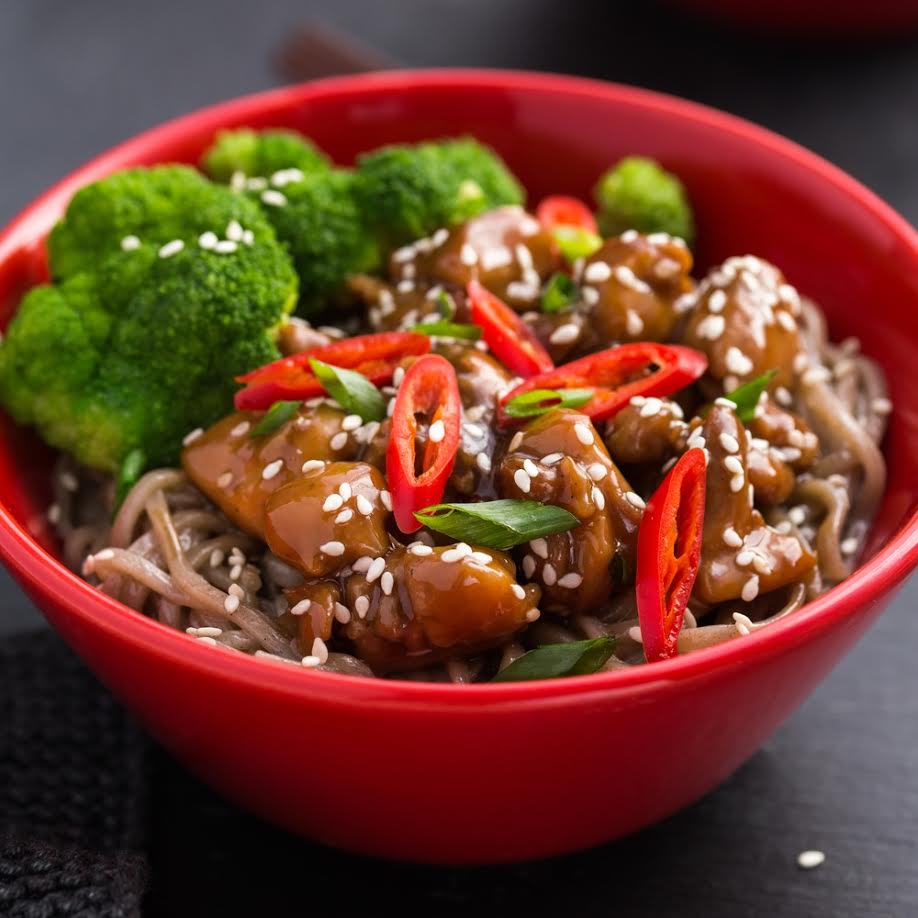 Soba is actually the Japanese word for buckwheat. But it also refers to those thin noodles that are made from buckwheat flour. They’re as thin as spaghetti pasta. In contrast, the thick wheat noodles are referred to as udon.

Soba noodles are served in different settings in Japan. However, these are usually served at high-end specialty restaurants.

These are also nutritious.  Buckwheat flour, the base ingredient, is heart-friendly.  It is also rich in nutrients such as protein, fiber, thiamine, iron, and carbohydrates.

A cup of cooked soba noodles has about 426 micrograms of manganese, which is around 20 percent of the recommended daily allowance for men and nearly 25 percent for women.

Manganese is critical for maintaining healthy bone and cartilage as well as for collagen production. The said protein promotes wound healing.

What is teriyaki sauce?

Teriyaki is actually a Japanese word describing a cooking method for meat. The word “teri” means shine while the other word, “yaki” means grilled or broiled. So in effect, teriyaki pertains to meat that has been marinated and then broiled or grilled.

But through the years, teriyaki has been associated with the sauce. It is well-loved around the world for its sweet and mild flavor.

Teriyaki sauce is very versatile as it can be used for stir-fry food, dip grilled meats, and even appetizers.

The sauce has four major components—soy sauce, sugar, ginger, and sake or mirin. The latter is a Japanese cooking wine that you can get at your local Asian store. 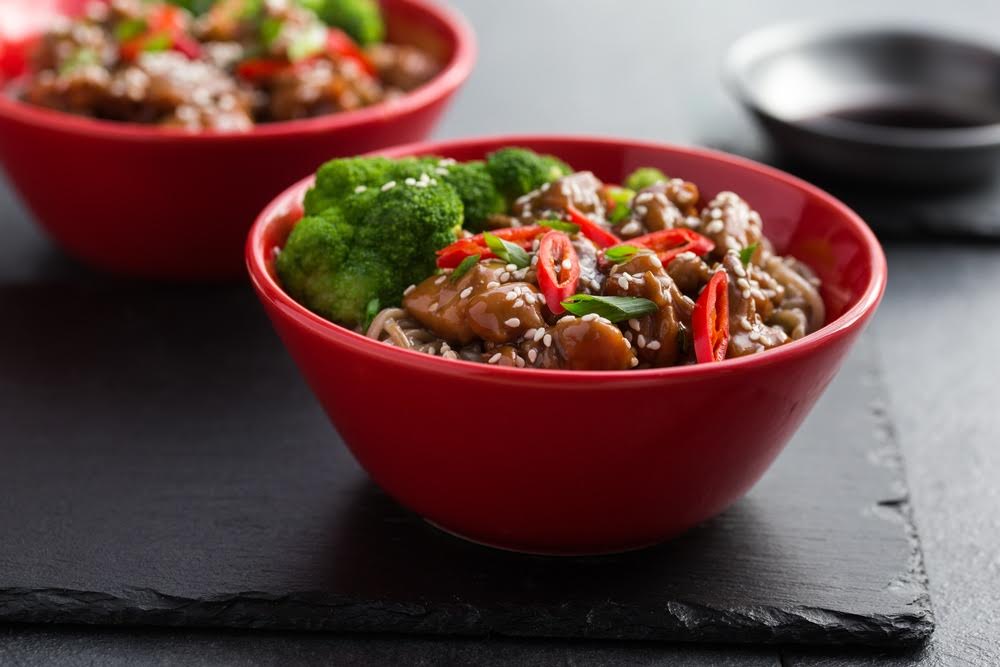 What are the health benefits of broccoli?

With the addition of broccoli, this dish all the more becomes a nutrition powerhouse.

One of the most popular vegetables in the United States, broccoli is often cited for its cancer-fighting properties. Broccoli has high levels of vitamin C and other powerful antioxidants such as carotenoid lutein and beta-carotene.

It is also rich in soluble fiber that helps lower cholesterol levels in the body. Packed with omega 3 fatty acids, broccoli has anti-inflammatory properties as well.

It has high levels of calcium and vitamin K which can promote good bone health as well as prevention of osteoporosis. 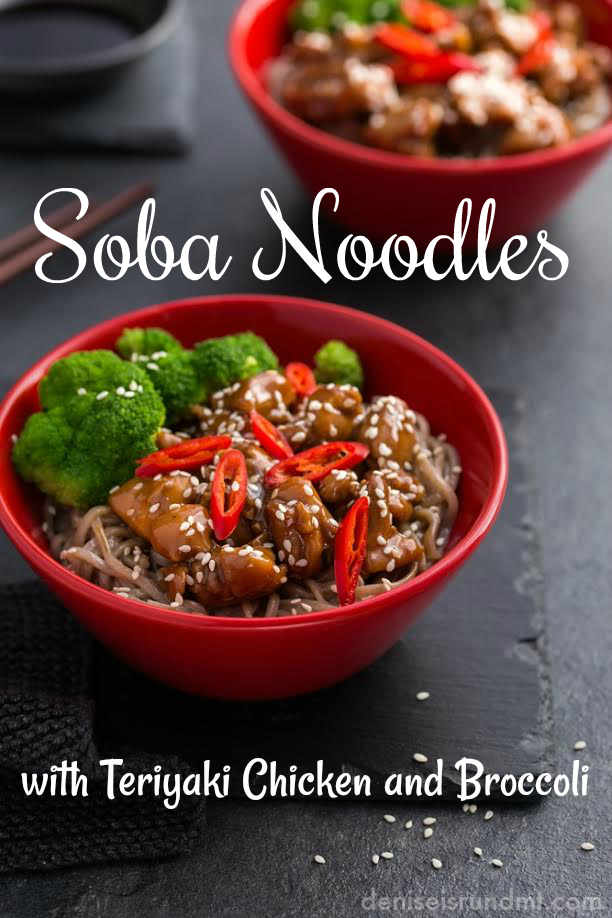 Print
Soba Noodles with Teriyaki Chicken and Broccoli
Author: Run DMT
Recipe type: Easy
Cuisine: Healthy, Japanese
Prep time:  10 mins
Cook time:  50 mins
Total time:  1 hour
Serves: 4-6
Soba noodles with teriyaki chicken and broccoli make for a delicious and nutritious dinner. While this recipe would take about an hour to finish, most of that is idle time. Once you have made the teriyaki sauce and marinated the chicken, you can cook the others in less than 10 minutes. This recipe can serve four to five people
Ingredients
Instructions
3.2.2925